Since Peter Jackson turned Tolkien’s books into films, New Zealand has been very successful at branding itself the location of Middle-Earth, attracting hundreds of thousands (perhaps millions) of fans to the islands. 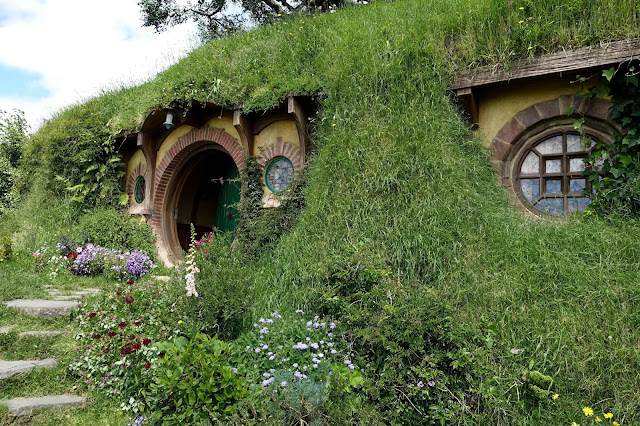 Nowhere is this more visible than an hour’s drive north of Rotorua where the film production team turned a sprawling sheep farm into the village of Hobbiton, the legendary hometown of Bilbo Baggins and the other hobbits of the Shire.
We’re currently planning to downsize our home and Gudrun found the size of the Hobbit holes very agreeable.  Here she is ready to welcome our first visitors into our new abode. ;-)

Hobbiton is as close as New Zealand has gotten to creating a quasi Disneyland.  But despite all the hoopla and the tour buses it still feels calmer, and a bit quainter.  Unlike Disneyland, Hobbiton really blends into the countryside and looks as if it’s been there forever.

The only truly strange thing is the old oak tree on top of the hill (where Bilbo Baggins' house is located).  That tree is not a tree at all but a man made contraption.  Apparently the color of the leaves did not meet Peter Jackson’s approval and he had the crew spray-paint each and every one all over again before he proceeded with shooting the film.
Cora took a liking to the Hobbit Holes as well but ultimately decided to return back to her modern dorm at Yale-NUS in Singapore.

Apparently a prior visitor from Germany liked Hobbiton so much that he wanted to stay forever and had to be forcefully removed from the grounds.

One hour south of Hobbiton is the city of Rotorua, one of New Zealand’s prime tourist destinations, famous for its abundance of hot springs, geysers, and thermal parks.

In the afternoon we went for a hike among the Redwoods of Whakarewarewa Forest and later that evening I returned to this site for an extended trail run on trails that are used each year for the renowned Tarawera ultra-marathon. 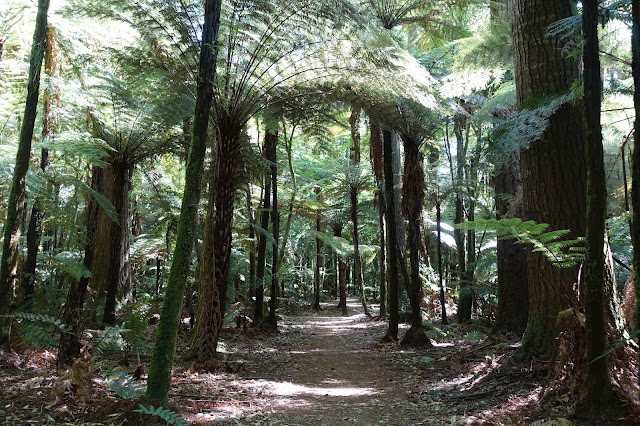 Whakarewarewa Forest is also among the top mountain biking destinations in New Zealand. 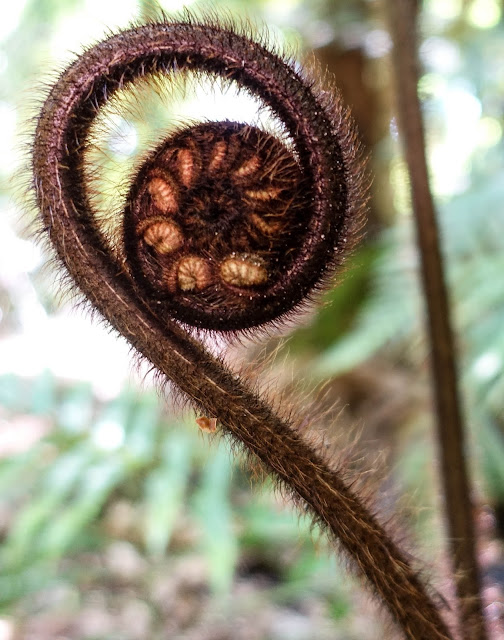