Julian and Cora surprised me by suggesting a rafting trip.  We quickly googled the various options and decided to go with what was advertised as a “serious white water” trip on the Shotover River, listed as grade 3-5. 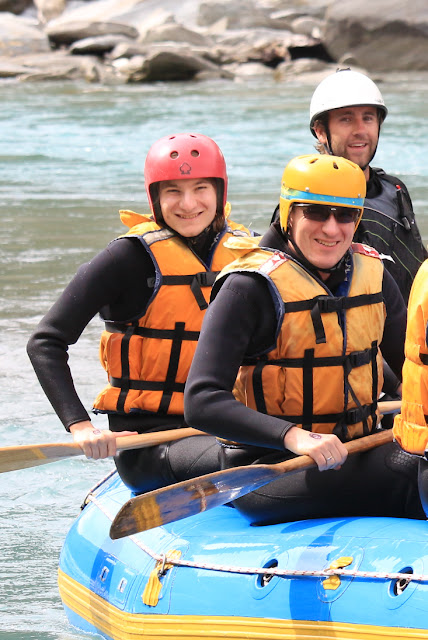 Each of us had been on just one prior rafting trip a long time ago (in my case more than 25 years ago) and we were excited to go. 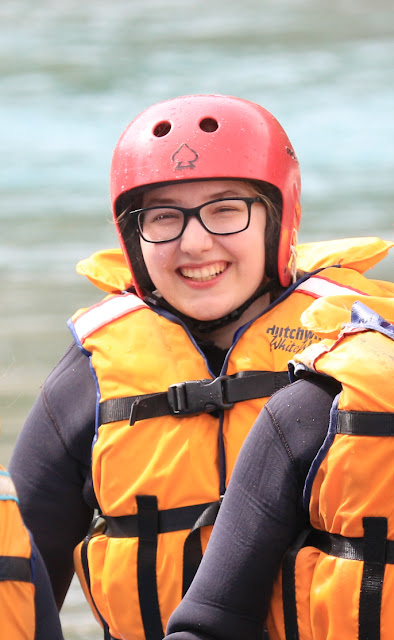 Rafting turned out to be a logistically involved undertaking.  After a bus trip to Arthur’s Point at the bottom of the Shotover River changed into wetsuits and were furnished with safety helmets and life jackets.  We then continued on another bus trip to our starting location in Skippers Canyon, at the foot of Coronet Peak, some 16 kilometers upstream. 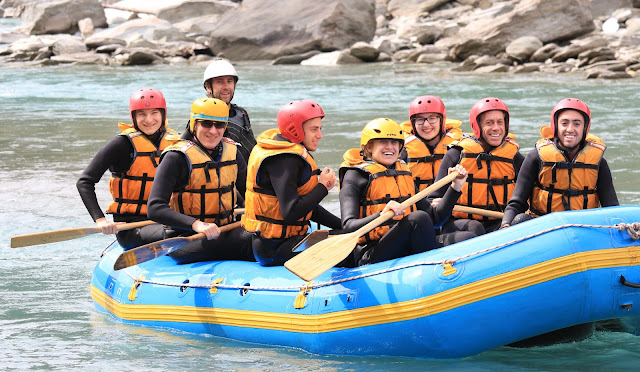 The bus trip into Skippers Canyon was an adventure in its own right.  A narrow dirt road, which is closed to rental cars, was hewn into a steep mountainside with 200+ meter vertical drop offs immediately on the side of the road.   It this location were in the United States it seems exceedingly unlikely that a tour operator would assume the liabilities involved in driving tourists in rickety buses down such a treacherous road. 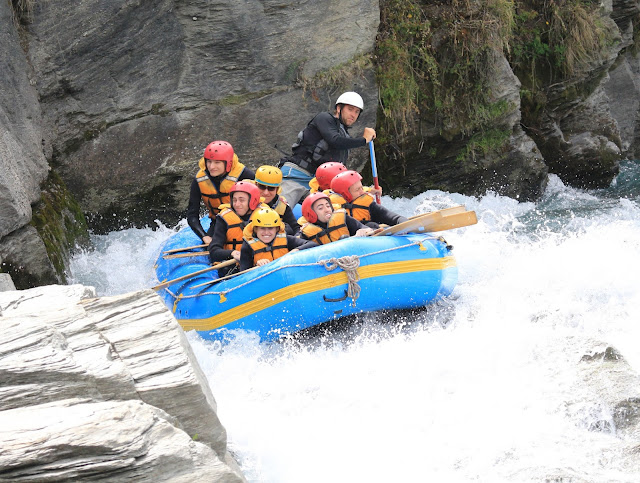 The gang from Queenstown Rafting, however, appeared to be as professional as it was unfazed by this undertaking.  After a very thorough safety briefing the boats were launched and we were underway. 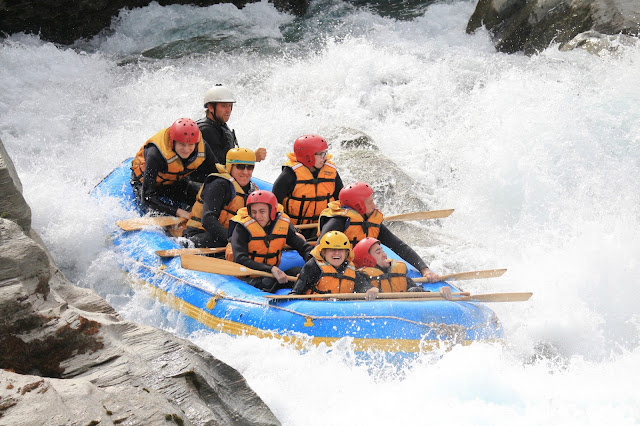 Julian, Cora, and I shared a boat with a family from New York City (a father with his three college-aged children) and our guide Greg from Aspen, Colorado.  For some reason, possibly the accent and the demeanor, the New Yorkers kept reminding me of the cast from the movie Madagascar.  It was a lot of fun.  Greg was very diligent and taught us all we needed to know to keep the boat upright during the upcoming rapids, and us inside. 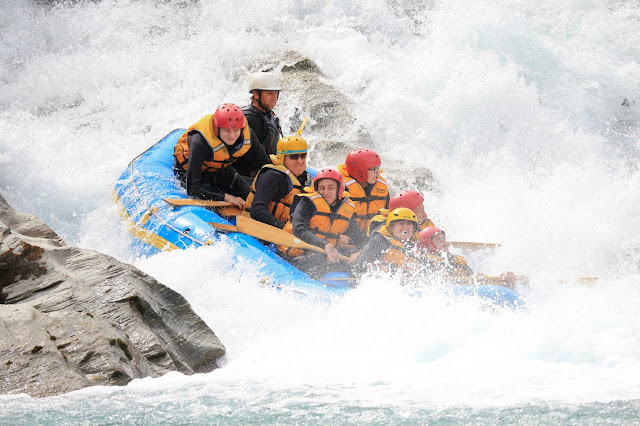 We were told that the river was running a little lower than average, maybe contributing to our impression that the rapids turned out to be a little less scary that we had anticipated. 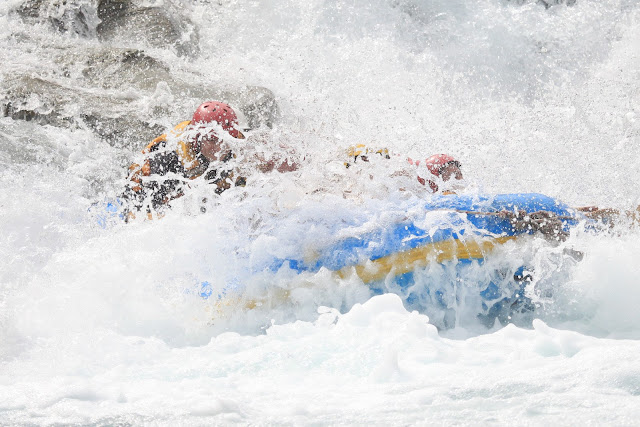 It was a very fun trip and experience and we were all happy that we had opted to go.