Jan 7 was already Cora’s day of departure day with her flight scheduled to leave Queenstown at 6PM.

We had been in NZ for almost three weeks but had not yet seen a Kiwi.  Fortunately, Queenstown had its own Kiwi and Birdlife Park, and that was where we headed first. 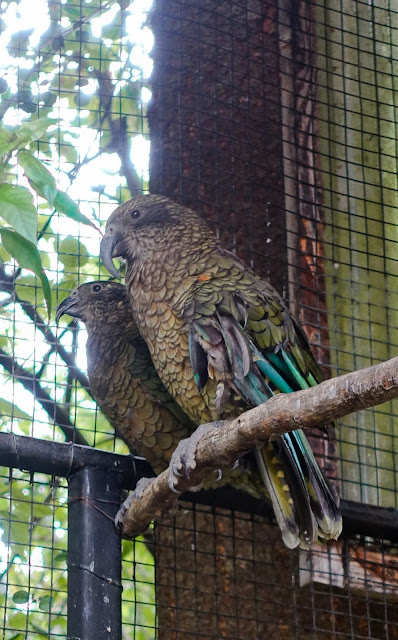 Kiwi’s are nocturnal birds so it’s virtually impossible to see them during the day. Except in a nocturnal house where day and nighttime hours are flipped and where they can be seen foraging in the dark only slightly illuminated by red light.   (No pictures).

Our last activity before dropping Cora off at the airport was a fun visit to Queenstown Escape Quest.  Where we played a fun game called “Gold Heist in the Gold Bank”.  The game was based on a real story that happened during the 1860s gold rush when Queenstown was a bustling gold mining town. We got locked in a room and had to work together as a team to solve a series of puzzles to find the identity of the bank robber.  The game is played under time pressure with a 60-minute limit and against another team that is seeking to solve the same puzzle in an identical room close by. It was a fun experience for us all.

While Cora boarded her plane, the rest us went to Arrowtown where we visited the relics of a Chinese gold digger village dating back to the late 1800s.

Back at our apartment later that evening we were in for another treat in the form of an Alpine Lake Sunset.